Go back to overview 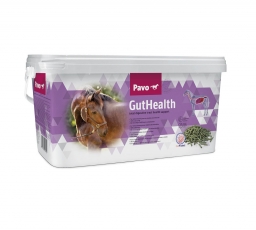 By nature horses have a very sensitive gastrointestinal tract. This means that a change in its diet, for example when your horse is turned out on grass again, can lead to digestive problems. Stress, moving to another stable, or an operation can also cause such problems. Digestive problems are connected to an imbalance of the gut bacteria, as a result of which your horse cannot optimally digest its feed. This can lead to irritation of the mucous membranes, runny faeces, diarrhoea, stomach issues and colic.

Pavo GutHealth has especially been developed to optimally support your horse’s digestion by bringing back the balance in the population of bacteria. The 100% natural ingredients ensure that all healthy bacteria in the small and large intestines are maximally supported and the bad bacteria can no longer cause damage.

Pavo GutHealth contains, among other things, apple pomace and beet pulp, which have water-binding properties and protect the stomach lining. Apple pomace and beet pulp both contain pectin which provides the lining with a protective gel layer. Barley grass is full of essential vitamins, minerals and antioxidants which ensure a positive effect on the immunity of the intestines. Nettle is known for its blood-purifying effect. Recent research has shown that nettle also prevents infections.

The oregano oil in Pavo GutHealth has been added because of its antibacterial effects. And as a tasty added benefit: thanks to the oregano, the pellets smell deliciously of the Italian cuisine! And to support the total gut health even more, a pre-mix including Diamond V and inulin has been added. Both these substances are prebiotics, which help maintain the balance between the positive and negative bacteria in the guts. Inulin is really special as it can only be broken down by some groups of gut bacteria - and not by the horse. As a result, all the nutrients are available to the bacteria and nothing is lost.

Finally, Pavo GutHealth contains the unique CellProtect antioxidants which catch and neutralise all the free radicals in the horse’s body. Free radicals are aggressive molecules which can damage cells and tissue. 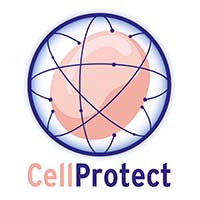 Combined, all these ingredients will help your horse to get a stable population of bacteria in its intestines and with that, a healthy digestion!

Is your horse prone to a restless digestive tract? Pavo SpeediBeet, Pavo FibreBeet and Pavo FibreNuggets are high-fibre replacements for roughage which feed the gut bacteria. These roughage products form a healthy addition to every diet..

What others say about Pavo GutHealth

"For three weeks now, I have been feeding my 27-year old horse Pavo GutHealth once a day. After five days, the watery faeces disappeared, after two weeks the faeces were no longer loose and he produced beautiful, solid faecal balls. Finally, no more dirty, wet buttocks!”

Isa van Veen: “As from the second day, I had a totally different horse in my stable”

"I have had my 10-year old horse Excellent now for four years and he was always prone to diarrhoea. Through the years, his faeces even became more watery. I really tried everything, but his stools remained wet. After the first day of Pavo GutHealth, I immediately saw a difference. Within four days, the water that always accompanied his faeces, had totally disappeared! After the first week, his faeces had become nice, firm faecal balls. I held my breath when the grass season started again, but nothing changed! I could hardly believe my eyes. For Excellent, Pavo GutHealth is the solution. I want to say to everyone who has a horse with this problem: try it!”

Minerals and trace elements (per kg)

Your opinion about this feed?